For seventy-two years, the Montreal Estonian Society (MES) has served the social, societal and cultural interests of Montreal’s Estonian community. The MES was founded on March 18, 1933. At that time there were about 40 Estonian-Canadians in Montreal; of these, 18 participated in the initial meeting. Mr. H. Tooman was elected president of the society, a position he retained until 1938. Despite the small size of the Estonian community, the MES played a vital, active role. A variety of activities took place at the meetings, such as the presentation of plays and choral singing. Visitors from Estonia were welcomed and entertained.

The activity of the MES slowed during World War II owing to the departure of many of its members from Montreal, but picked up rapidly in 1947 when immigrants from the German refugee camps began to arrive. In one year the number of Estonians in Montreal rose from 20 to almost 300 and reached about a thousand in the following years. The MES organized national celebrations such as Independence Day and Victory Day and coordinated the activities of other organizations. It sponsored an annual art and handicraft exhibition in which both local and out of town artists displayed their work. Symposiums on a variety of issues were held and concerts, theatre and film presentations were arranged. Politicians and writers were invited as guest speakers. The MES also greatly aided the organizing committee of “Estonian Day” at Expo ’67. Three times a year it issued a bulletin entitled “Montreal News”, whose 104th issue appeared in February 1978 as a booklet to commemorate the 45th anniversary of the Society and the 60th anniversary of the Independence of the Republic of Estonia. 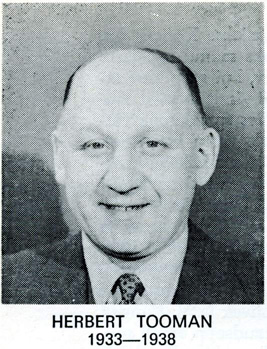 The MES also represented the Montreal Estonian-Canadian community at the celebrations and commemorations of other ethnic groups. It participated in the activities of the Montreal chapter of the Baltic Federation of Canada, joining with Latvians and Lithuanians on June 14 to commemorate the victims of Soviet terror and repression. As well, it cooperated with other ethnic groups in presenting memoranda to the city and provincial governments.

The death of many older members and the departure from Montreal of the younger ones in the late 1970s brought about a progressive decline in the society’s activities and a reduction of its role and duties within the community. As members of the community reached retirement age, social activity shifted to St. John’s Estonian Ev. Lutheran Church and the Pensioners’ Club. Interaction with other East European ethnic groups declined after the restoration of Estonia’s independence in 1991, as there was no more need for solidarity against a common oppressor or for intense patriotic activism. Instead, attention now focused directly on Estonia and produced an intense interest among younger Estonian-Canadians in their heritage and all things Estonian.

As a result of this, there is renewed interest in the Montreal Estonian Society, which of late has played only a representative and informative role. Under a new and more youthful leadership it gives promise of breathing new life into the social and cultural activities of the Montreal Estonian community.